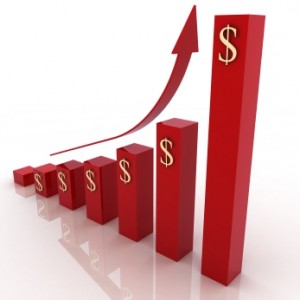 “The second quarter produced solid growth on a yearly basis, as the recovery that started in 2010 continues to eke out slow improvements,” said Jeffrey Hewitt, research VP at Gartner. “All regions showed yearly growth in both shipments and vendor revenue, although in both measures the market is again below the pre-downturn levels we saw in the corresponding quarter of 2008.”

“x86 servers forged ahead and grew 8.4% in units for the quarter and 17.7% in revenue. RISC/Itanium Unix servers declined 8.5% in shipments but showed a revenue increase of 4.3%compared with the same quarter last year. The ‘other’ CPU category, which is primarily mainframes, showed a strong growth of 48.8%,” Hewitt said.

From a geographic standpoint, the Asia/Pacific region grew the most in shipments with a 25.6% increase. Japan posted the highest vendor revenue growth at 59.5% for the period, the report stated.

In server shipments, HP remained the worldwide leader in the second quarter of 2011 with a year-on-year shipment increase of 11.7%, the report added. This growth was driven by increases in HP’s ProLiant brand. HP’s worldwide server shipment share was 30.8%, representing a 1.0% increase in share from the same quarter in 2010.

Of the top five vendors in server shipments worldwide, all but Dell posted increases in units for the second quarter of 2011, Gartner reported.