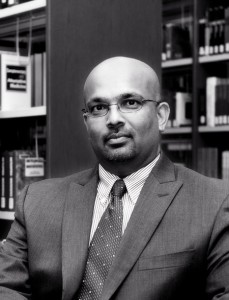 The American University of Sharjah is making calculated investments in the latest that technology has to offer to make its mark in the higher education sector of the Middle East.

The American University of Sharjah (AUS) is a leadingindependent, not-for-profit co-educational institution. The University educates 5100 students representing over 75 nationalities.

Founded in 1997 by His Highness Sheikh Dr. Sultan Bin Mohammad Al Qassimi, Member of the Supreme Council of the UAE and Ruler of Sharjah, the University aims to reshape the minds of the youththrough science and education for the advancement of society and the improvement of the lives of future generations.

Conscious of its higher goals, AUS regularly makes significant strategic investments in the latest technology for the benefit of the institution, the current student population and its faculty.

“The educational sector is an extremely competitive marketplace. The eventual winners will be institutions that use technology not only to transform the learning experience, but also to reach out to potential students previously unable to access further education,” says Ashi Sheth, director of IT at the
University.

According to Sheth, IT at AUS is not just about managing computer labs anymore. “As more students continue to use independent handheld devices to access information, IT must come up with innovative ways to enable dynamic use of these devices and provide flexible education outside of the classroom.
This often means that we have to work on developing the right applications to enhance learning across all available platforms.”

Sheth and his team are well aware of the different needs of the varying AUS stakeholders that use technology provisions. For this very reason, AUS places great importance on the partners and developers it chooses to work with. Sheth believes that the most important element when deciding on a technology partner or developer is its ability and willingness to learn. “We want to work with vendors who take their time to understand the specific needs of the institution and the underlying requirement for a particular technology deployment. This also helps them get a handle on the kind of challenges we face.”

According to him, AUS is always on the lookout for vendors who are willing to commit themselves
to the development and implementation of technology. Sheth believes that long-term partnerships are more beneficial to AUS, since it allows familiarity and personalisation to be built over time into a strictly business deal. This also ensures that the partner is well aware of the business needs, growth strategy and expectations of technology from the entire breadth of AUS.

“Four years ago, AUS wanted to leverage on the trend of supporting lectures with multimedia content. Also studies have have proven that students achieve up to a full grade better when they’re able to witness the practical application of a theory, especially when they can access the multimedia content
at their leisure, “says Sheth

At that time, the University maintained an inventory of DVD players, DVDs and TV screens on mobile platforms for sharing audiovisual content related to lectures. Not only did this necessitate managing the inventory, but also significant effort had to be directed to scheduling and monitoring the movement of the TV screens across the campus.

Around the same time, platforms like YouTube began to gain significant popularity among students, who were increasingly getting familiar with the concept of video streaming. Seeing this change, AUS began to look for a solution that would enable the creation and sharing of digital data, which could be accessed by students anytime.

It was then that AUS also began looking for a means for its faculty to conduct lectures from remote locations to cut back on lecture cancellations in cases where lecturers were travelling for work or an emergency.

The need for a comprehensive solution was further highlighted when the University faced massive problems accommodating students for guest lectures that are held a few times a year. “As part of the Chancellor’s lecture series, the University hosts three or four guest lecturers a year and we found
that no matter where these lectures were scheduled to be held, the venues were always over crowded because the attendance for these lectures was over whelming. This amplified the need for a solution that could capture the lecture content, which could be shared across the Univeristy campus or
accessed by students later,” explains Sheth.

So two and a half years ago, AUS began looking out for a solution that offered video streaming as well as video conferencing. The question then was how AUS could optimise investment in a campus-wide video streaming technology when guest speaker sessions took place just a few times a year. And in answering that question, the IT team realised that the screens associated with the video streaming could be used for digital signage purposes for community enhancements the reminder of the year, to enable the optimal use of the investment.

“As a University we print a lot of posters. But we had no central place where visitors, faculty and staff could go for information that AUS wanted to share with them. Of course, there was email, but this
was not always an effective option due to time constraints,” says Sheth.

The IT team also believed that the idea to use the digital signage technology for general campus communication would also help to reduce the institution’s huge printing costs.

Having decided what type of solution they required and how they would profit most from it, AUS began looking for the right vendor to provide them such a solution.

“We looked at a number of vendors for video streaming as well as data signage but Cisco was the only vendor to come back to us with a single unified solution that also enabled live broadcasting. It may not have been the best, but ultimately we chose an integrated solution that enabled easier management
and reduced managerial overheads and complexity,” says Sheth.

The Cisco Show and Share solution allows AUS not only to distribute real time and recorded events over the campus network and the Internet, but also to transcode files from one video format to another. Beyond simple video streaming, the solution offers video cataloguing, together with digital signage and campus messaging. It also integrates with Cisco collaborative applications such as Cisco WebEx.

Sheth says, “The Cisco solution has especially benefitted the University’s courses for the local government in addition to the Executive MBA course. The classes for both courses are scheduled in the evenings and during weekends.” Students for these classes can now access content at their convenience
instead of having to make the (typically) three hour drive to the campus.

He also believes that the Cisco Show and Share solution is a powerful differentiator for AUS. It means students can access top-quality video-based content from anywhere. “In many ways, it brings the whole world into our physical and virtual classrooms. Meanwhile, AUS has the ability to control material that is under copyright, while providing public access to certain footage, such as films of university events, to students’ friends and family,” he adds.

He points out that the solution was integrated with the existing storage environment as well. This means that all the videos and digital content, as well as activities related to the AUS website, Active
Directory, the content management system and BlackBoard lead back to storage. “The integration with BlackBoard is structured in such a way that content can be streamed directly through the BlackBoard system, instead of having to go through the Show and Share Website,” Sheth explains.

Sheth and his team are fast realising the the wider capabilities of the system and are working constantly to modify and restructure it to make it more relevant to the university’s changing needs.

“We are making minor changes in network and storage capacity to enable multi tasking and also upgrading the core bandwidth capabilities. These changes are fairly straightforward and simple,” adds Sheth.

As is with all technology deployments, the Cisco implementation at the University came with its share of challenges. “From the beginning, it was evident that we were early adopters of the Show and Share and Virtual Memory System technology. There weren’t many partners who were authorised to sell
and deploy. Besides there were engineers who had no experience other than attending just a training course or two on the subject. So in our case, it was really a matter of learning with the partners and engineers,” he says.

He points out that the initial version of the video streaming portal was not flexible. “What really convinced us between the review and the time of purchase in the fall of 2009 was that the new version of the technology was due to launch in the next six months, or before the end of year at least, and would help address this lack of flexibility.”

It took the team about a year from the intial implementation in 2009 to upgrade to version 5.2, which offered a higher degree of granular control over access to content than Version 5.1 of the Show and Share portal, and protected copyright content.

The faculty was also initially concerned that use of the Show and Share solution would discourage students from showing up to class. “We spent considerable time helping the faculty understand that students are more prone to focus and understand lecture content when it is available at their leisure,” says Sheth.

According to him, the solution has delivered on AUS’ expectations and validated the investment.

“We were looking for a way to establish a more efficient and interactive learning process. I can see that we have achieved this in the content that is being uploaded and the way it is is being used. The solution helps to keep everybody engaged and increases transparency across all the stakeholders. We are a young university and it helps us present ourselves across a number of platforms, which is the biggest benefit that we have derived from this deployment,” Sheth adds.

In addition to the Cisco implementation, AUS has also recently successfully deployed a comprehensive solution from ISIT Middle East, a data storage and security solutions provider, to address specific centralised IT storage requirements.

According to Sheth, the solution includes a clustered storage array at the main site and is designed in preparation for a disaster recovery (DR) site, which is under construction, enabling AUS’ environment to have a highly-available and scalable storage solution. With the additional capacity and resiliency of the latest storage upgrade and a virtualised server environment running over 100 production servers, all core business applications and AUS’s Learning Management System have been migrated to the ISIT provided NetApp environment.

AUS has big plans for future IT growth and, according to Sheth, the team has over 28 IT projects in the pipeline for the next 12 months ranging from an upgrade to their wireless environment to investing in desktop virtualisation and cloud services for disaster recovery and back up.

Sheth also firmly believes that regional CIOs must embrace cloud computing in the near future. “Organisations cannot keep building Tier 3 and Tier 4 data centres. Not only is this expensive, but at some point the infrastructure will no longer be able to support expansion strategies.” He believes that technologies like virtualisation and cloud computing will not only help organisations reduce their carbon footprint but also the costs associated with it.